Having babies and toddlers in the house takes you out of the popular culture loop for a while, so I completely missed this challenger to the Marvel Cinematic Universe1 when it came out. But now that the fourth installment is available for streaming and one of the said toddlers is of age to watch a PG-13 movie (i.e. almost 9), HBO Max is finally paying itself off.

Most Japanese versions of Gojira/Godzilla are in their hearts cinéma bureaucratique — you come for the thrill of monsters destroying Tokyo, you stay for the drama of humans battling red tape. There is no deeper layer to this American version — you come for the monsters and stay for the monsters, and you skip all the dialogue unless you’re into cringing. If there is a subtext to the movie it is this: most of the protagonists are highly competent US marines who fail to prevent giant monsters from destroying the liberal mecca that is San Francisco.

The monster battles truly are fun, though.

The Tree of Life 👍

Samsara with a bit of a backstory and Jessica Chastain — perfect for the nights when you’re feeling pretentious1 but don’t have four hours to spend on the Snyder Cut.

Aaron Sorkin doesn’t get Silicon Valley — case in point — so it is a small miracle that his screenplay about (The) Facebook’s origins works. The Sorkinized version of Mark Zuckerberg bears little resemblance to the real person, if old footage is anything to go by. Yet even this aloof and opportunistic cipher is more human than the soulless privacy-destroying corporate robot that the kind of people who like Sorkin — let’s call them New York Times readers — now see when they look at Zuckerberg.

Much has happened in the 10 years since the movie came out, the least of which is Facebook’s valuation going from $25 billion to $770 billion. I imagine a great deal of the story being depicted differently if it were shot today, including but not limited to the experience of the women involved, the entitlement of most of the protagonists, and Peter Thiel. In fact, with all those culture bombs strung out it’s unlikely it would even see the light of day in 2021, at least not as a David Fincher feature film. In 2010 it had felt too soon for a movie about an internet company that was barely out of infancy. From 2021 hindsight, making it so early seems to have been the right call.

There are pieces of several good movies in these two hours and 30 minutes but none of them last for very long and what’s in between isn’t very good. The novel it is based on has almost a thousand pages in paperback and not having read it I would still wager it would’ve been better served as a TV series than this overwrought film that is narratively, visually, and emotionally all over the place.

The longest stretch of coherence — our young semi-orphan Theo’s coming-of-age in a Nevadan subdevelopment with his new friend Boris — should have comprised the first two acts of a 90-minute three-act movie that would still have had enough different storylines to satisfy the early 2020s fad of too much plot (see also: Soul). This structure would both have prevented Nicole Kidman’s family of emotionally stunted ciphers from contaminating the movie, and given Finn Wolfhard’s adorable pretend-Russian accent more screen time.

The disaster continues. After making a mindless theme park out of liberal democracy, our daring trio of materialists sets their eyes on slavery, race relations, and American fascism. Did I say “set their eyes”? My mistake — I meant “completely ignore while protecting their Civil War ancestors’ honor and looting Native American treasure”.

A pox on everyone who was in this movie, Helen Miren inclusive.

In a museum exhibit dedicated to the fall of liberal democracy, National Treasure deserves to be played at the entrance, on loop; because the treasure in question isn’t freedom, nor equality, and no it’s not brotherhood either. It’s actual treasure, stolen from civilizations past, to be turned by our daring protagonists at the end of the movie into mansions and fast cars. That The Aristocats have a trigger warning on Disney+ and this consumerist anti-civilization piece of dreck doesn’t tells you all you need to know about the situational awareness of modern institutions.

There are so many parallels between this movie and Wolfwalkers, which is just as well since they are the two main contenders for the 2021 Academy Awards. Both have masterfully innovative animation, but where Wolfwalkers looked back at the old texts and pre-renaissance perspective for inspiration and side-stepped into something new, Soul pushes La Linea and its own work to 11 with Terry, the best non-villain villain since the wind in Kiki’s Delivery Service.

Note also Trent Reznor’s notes bleeping and blooping away in the background. The soundtrack is another thing on par with Wolfwalkers. As you may have seen in the trailers and guessed from the title, most of the music in Soul is jazz, melded with ethereal electro-something.1

Both fumble the narrative: Wolfwalkers’ story because it was predictable, Soul’s because incoherence. The presumed big conflict — man v. death — is deemphasized in favor of many small ones: art v. education, passion v. commitment, meaning v. nihilism, hippies v. bureaucrats, moments of inspiration v. the daily grind. It is just too much philosophizing, and this is coming from someone who has, from the age of six, been called a philosopher by exasperated adults.2

Not that the story is bad, it is just not as focused as its closest Pixar ancestor — Inside Out — another villain-less meditation on the internal lives of humans.3 Even so, it takes the top half of the Pixar pantheon, at least a few notches above Docter’s first movie, Up.4 Wish other studios put out things that were half as good this year.

Take Groundhog Day, punch up the message to make it more on the nose, add a few scenes of awkward sex, finish with an after-credits sequence that chooses charm over consistency. It’s still a good movie, now oh so very millennial.

I didn’t hate it.

Remember that climactic scene in Shaun of the dead where they each take a pool stick and beat the zombie pub owner to his second death to the beat of Queens “Don’t stop me now”? You know, this one?1 Well, Baby Driver is an entire movie made out of that scene — even Queen makes an appearance — only it’s guns instead of sticks and gangsters instead of zombies. Also, Atlanta, Georgia instead of London, England with a baby-faced youth instead of Simon Pegg, so only a third as charming though it’s an Edgar Wright film so still very charming indeed.

Trigger warning: the movie contains Kevin Spacey who first behaves like the rotten bastard we know he is but then goes and (spoiler alert) redeems himself. The movie does kill him off in a rather gruesome manner, if that’s any consolation. Did the writer/director know something we at the time didn’t?

Written and directed by Edgar Wright, 2017.

The camerawork alone makes it a timeless classic. It doesn’t hurt that the deliberate, slow pace is perfect for my increasingly middle-aged mind. Yes it runs for 3 hours, but I’ll take three hours of this 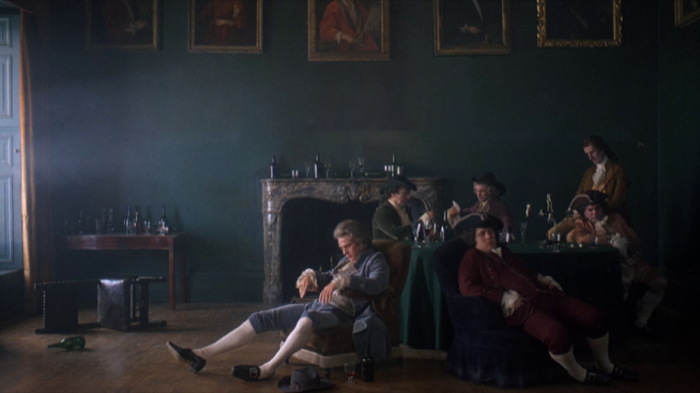 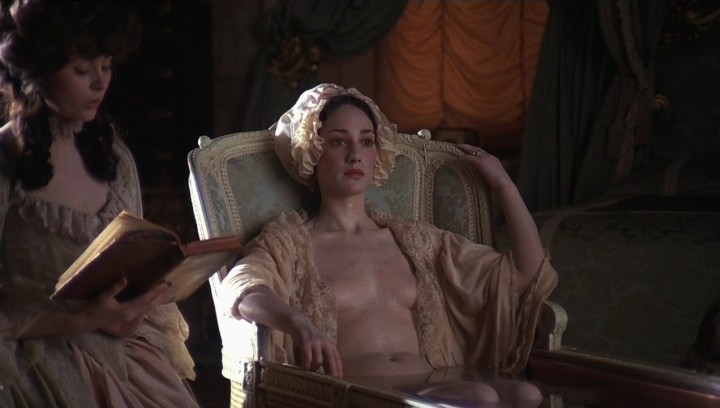 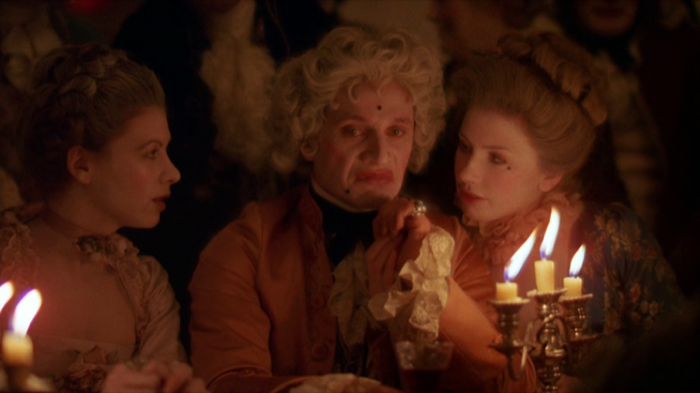 over two and a half hours of that well-known super hero franchise any time.